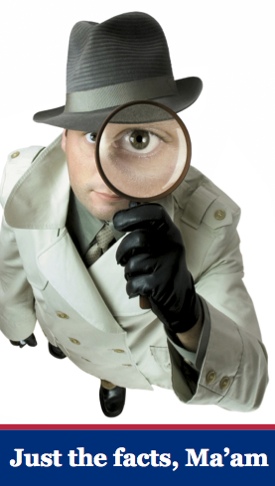 You would have to be living on a desert island or under a rock not to have heard of the Affordable Care Act (a.k.a. Obamacare).  But with all the partisan arguments about how wonderful or – conversely - how awful this new law is, it’s hard to separate the wheat from the chaff.  So, as Sgt. Joe Friday said, we’ll try to stick with "just the facts, ma'am."

FACT: The Affordable Care Act (ACA) was passed by Congress and then signed into law by President Obama on March 23, 2010.

FACT: On June 28, 2012 the Supreme Court rendered a final decision to uphold the health care law.

That’s probably where the “facts” end.  The stated intent of the ACA was to offer affordable health insurance to every American.  According to the U.S. Department of Health and Human Services website, the ACA “puts consumers back in charge of their health care. Under the law, a new ‘Patient’s Bill of Rights’ gives the American people the stability and flexibility they need to make informed choices about their health.”  Few would argue with the value of the law’s stated goals, which are summarized as follows on the HHS website: “All together, these reforms mean that millions of people who were previously uninsured will gain coverage, thanks to the Affordable Care Act.”

What Impact Will the Affordable Care Act Have on Small Business Insurance Costs?

The full repercussions of the ACA on small businesses and their health insurance costs – and whether it’s truly “wonderful” or actually “awful” - won’t be known for several years; however, the Center for Medicare and Medicaid Services (CMS), which spearheaded the implementation of the law, presented a report to congress with a few predictions.  In the interest of “sticking with the facts,” CMS’s report states, “There is a rather large degree of uncertainty associated with this estimate. The impact could vary significantly depending on the mix of firms that decide to offer health insurance coverage.”

A recent Small Business Association poll found that 96 percent of small businesses said their health insurance premiums have significantly increased over the past five years, with average monthly insurance costs increasing from $590 per employee in 2009 to $1,121 in 2014.  CMS’s research indicates those rates will continue to rise.  The CMS report states that the new rules, such as requiring that insurers offer guaranteed health coverage and insurance renewal options to small employers and preventing insurance companies from varying their rates based on a company’s industry or the age of its employees, will most likely drive up the price of insurance for many small businesses.

The report estimates that 65 percent of small businesses are expected to experience increases in their premium rates, while only 35 percent will see a reduction. Businesses with exceptionally sick or at-risk workers will benefit most from the new provisions.  The effect on large employers is expected to be negligible, since many larger companies run their health insurance programs in house.

What Can You Do to Control Your Business’s Health Insurance Costs? 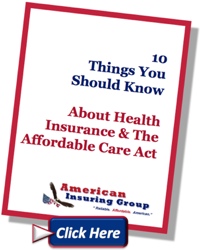 American Insuring Group can help you navigate through the complexities of the new ACA rules and ensure that you get the best health insurance premiums available.  Contact an agent at (800) 947-1270 or (610) 775-3848 for more information about health insurance and the Affordable Care Act.

Want to learn more? Download our free report: 10 Things You Should Know About Health Insurance Under the Affordable Care Act