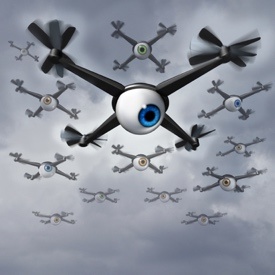 Look! Up at the sky! It’s a bird! It’s a plane! No, it’s a drone! And it’s coming to a neighborhood near you. The Consumer Electronics Association estimates that consumer drone purchases this year will put 300,000 more recreational drones in the skies. And while many consumers are now eyeing these unmanned, remote-controlled aerial toys as one of their next purchases, they don’t necessarily want their neighbors to buy one. Furthermore, few consider whether their homeowners insurance will cover them for drone-related accidents.

With the possibility that a drone could crash-land into a car or injure a child or pet, there’s little wonder that a recent survey by a property-casualty insurer revealed a good deal of concern about hobby drones:


Check your homeowners insurance policy to be sure you’re protected

While the Federal Aviation Administration worries about the threat that personal drones pose to private and commercial aircraft, the insurance industry is concerned about their potential effect on home insurance. As more drones are sent skyward, there will be a commensurate increase in claims against their owners for accidents that cause personal injury and property damage. Many insurers worry that they will see a significant increase in recreational operators seeking coverage under existing homeowners' insurance policies. But will the drone operators’ homeowners’ insurance cover damages?

The quick answer: probably. While the standard homeowners' policy provides coverage for damages that the insured becomes legally obligated to pay for bodily injury or property damage, this coverage may be limited by policy exclusions. One of those exclusions is coverage for injuries or damage caused by the ownership, use, or maintenance of aircraft. “Aircraft” refers to any apparatus used or designed for flight, except model or hobby aircraft not used or designed to carry people or cargo. Many insurers, however, don’t make this exception for hobby aircraft. Since there are substantial differences in policy wording, one cannot assume coverage for drone use.

Domino's is hoping to have drones deliver pizzas in the near future, and Amazon is testing them for deliveries as well. Agents are taking aerial photos for real estate listings, and home insurers are using drones for everything from underwriting to documenting damage from natural disasters. But keep in mind that none of these business applications will likely be covered under a personal homeowners’ policy, because those policies usually exclude business activities.

Homeowners’ insurance policies also often exclude coverage for intentional acts. And it can be difficult to separate the intentional from the accidental in drone incidents. If a local jurisdiction deems invasion of privacy to be an intentional act, any claims against you may not be paid if your policy specifically excludes intentional acts.

Drone operators need to look closely at the commercial-usage, "aircraft" and intentional-acts exclusions of their homeowners’ policy prior to liftoff. As with all insurance, the availability of coverage depends on the policy’s specific language – including the definitions, the exclusions, the exceptions to the exclusions and other conditions.

Questions about drones and homeowners insurance? Call us!

Our independent agents represent a multitude of competing insurance providers, so we're well equipped to find you the right insurance at the right price, so contact us today.

Should You Add Drone Insurance to Your Business Insurance Policy? 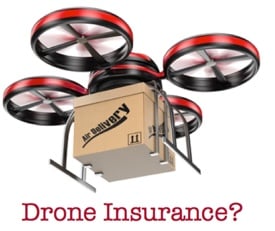 Businesses are discovering many uses for drones – also known as unmanned aircraft systems (UAS).  In fact, total spending for military and commercial drones is expected to reach $89.1 billion over the next ten years.  This translates into approximately 30,000 small commercial drones in use by 2020, according to the Federal Aviation Administration (FAA).

Drones are already being used by real estate brokers to get images of properties from the air, by farmers to monitor crops, by insurance claims adjusters to view damaged property, by the Forest Services to monitor fires, and by movie companies in film production.

Almost any job that currently requires an aircraft is a good candidate for a drone, since drones are considerably less expensive to operate.  Major online retailers are already planning on using drones to deliver packages.  Plus, drones can provide safer options and prevent worker injuries in many cases.  For example, if you own a construction company and you need the top beams of a building inspected, would you rather send a man several hundred feet off the ground or a drone? The bottom line is that if you are operating drones for business purposes then it's critically important to add drone insurance to your business insurance policy.

Other potential uses for drones include:

This proliferation of drones increases the need to address commercial insurance liability and coverage issues, most notably - personal injury and invasion of privacy.  Drones are excluded in about 99 percent of Commercial General Liability policies available today.  Legal issues include “trespassing” drones; airspace ownership laws; and the question of federal aviation laws vs. state laws. In addition, many drones have high-powered cameras, infrared sensors, facial recognition technology, and license plate readers, which also brings up concerns regarding invasion of privacy, spying, stalking, and harassment. 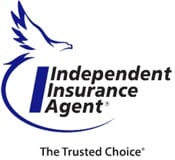 In February 2012, congress mandated that the Federal Aviation Administration (FAA) find a way to integrate drones into U.S. airspace by September 2015.  With that deadline looming, the FAA is nowhere close to finalizing its plans.  This lack of regulation and the fact that there is very little loss history available at this point makes it challenging for insurance companies to develop policies. It's therefore likely that drone insurance rates may vary widely among insurance providers. Therefore, it's helpful to acquire drone insurance protection from an indepdent insurance agency who is free to shop around among competing brands of insurance providers in order to help you obtain the proper coverage at a fair price.

Since drones are regulated by the FAA, many of the same questions that an underwriter looks at with an aircraft will also apply to a drone, such as its function or intent, its takeoff and landing location, whether it will be operating over a populated area, and its flying altitude.  However, a drone is not a manned aircraft.  Underwriters will need to look at liability, personal injury, and invasion of privacy, property and workers’ compensation when creating insurance policies for commercial drones.

Currently there are about 21 insurance companies that write aircraft product liability policies – up from just nine a few years ago.  Someday requesting insurance for drones and drone-related operations will become routine, but for now we’re faced with the challenge of keeping up with the issues that come along with quickly advancing technology.

For more information about drone insurance and other commercial insurance needs, contact American Insuring Group at (800)947-1270 or (610)775-3848. As an independent insurance agency, we're postitioned to help you save on insurance by shopping your needs among many competing insurance providers. Call today.